JOIN US FOR A LIVE ONLINE WORKSHOP -Three spots remain!

We dream in narrative, daydream in narrative, remember, anticipate, hope, despair, believe, doubt, plan, revise, criticize, construct, gossip, learn, hate and love by narrative. In order really to live, we make up stories about ourselves and others, about the personal as well as the social past and future.  – Barbara Hardy

British theologian, philosopher and Rabbi, Lord Jonathan Sachs said, “The great questions – “Who are we?” “Why are we here?” “What is our task?” – are best answered by telling a story.

invites you to complete your story!

Do we have your attention?

Writing for family or for publication? This workshop is for anyone determined to complete a memoir in progress. Whether you arrive with several chapters or a nearly completed draft, this workshop will give you the guidance, feedback and tools to complete your project once our class  ends.

Opportunity to Read at Open Mic - Live and Online!

Advanced craft lessons will help you to

This advanced workshop is for those with a keen interest in memoir writing. Whether you've completed several chapters or a full draft of your story, this workshop will take your writing and your project to the next level. It will also give you the tools and support to complete your project once the workshop ends.

To provide exceptional instruction and guidance, this workshop is LIMITED  to twelve writers. Register now to reserve your place in this collaborative group! 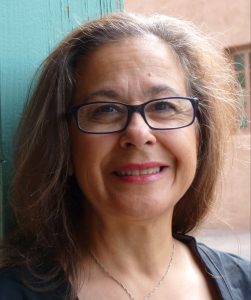 Her essays, features, and poetry have appeared in the Sun Magazine, Chicago Tribune Media Group’s TribLocal, The University of Iowa’s The Daily Palette, USA Today, Gannett News Service Wire, Des Moines Register, Instructor, The Iowan, and Gather magazine. Her essay Quest for the Rufous-Capped Warbler will appear in a forthcoming issue of Bird Watcher’s Digest Magazine.

E.M. (Elizabeth) Sloan, Associate Director of Blue Sage Writing, teaches The Creative Mind at the University of Idaho, poetry at Lewis-Clark State College, and leads workshops in research through attention to detail from photographs and documents. Last summer in Boulder, Co., Elizabeth co-led the workshop, Your Legacy as Memoir: The Essence of a Life. She recently coached a writer through completion of his eco-adventure novel. 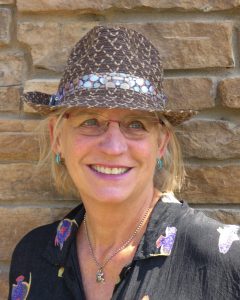 Scenes from past workshops

WHAT DOES LIVE ONLINE MEAN?

If you have any questions about this unique workshop, please contact us. We look forward to hearing from you!

Sample Comments From Past Participants

“Our dinner events over good food and wine offered wonderful nights of sharing and getting to know one another. I look forward to next summer’s memoir workshop with Blue Sage Writing!”

“The bed and breakfast venue gave us the opportunity to share more with one another outside of workshop time. Also loved how the events and field trip offered time for reflection and connection -- with each other and nature. It was also helpful to learn techniques for using my photos to inspire memory and written word. So very happy I invested in myself and my writing!”

“The Briar Rose Bed and Breakfast was exceptional! Their unsurpassed level of service contributed to a great experience. What happy, joyous outings! The dinners were beautifully prepared and the trip to Nederland magical! The exercises enhanced my writing!”